Thirty years ago, Richard’s first published photograph was featured in SLR Camera magazine.  The image was taken in his back garden as his friend fired a pellet from an air rifle through water filled balloons at the same time Richard took the photographs. The result was impressive, not to mention extremely lucky, as endeavouring to capture such a shot would require intricate, precision timing due to the high speed of the pellet as it was fired from the air rifle. Despite this, fortune was on Richard’s side and he got two perfect images.

Here are the original images from Richard’s back garden: 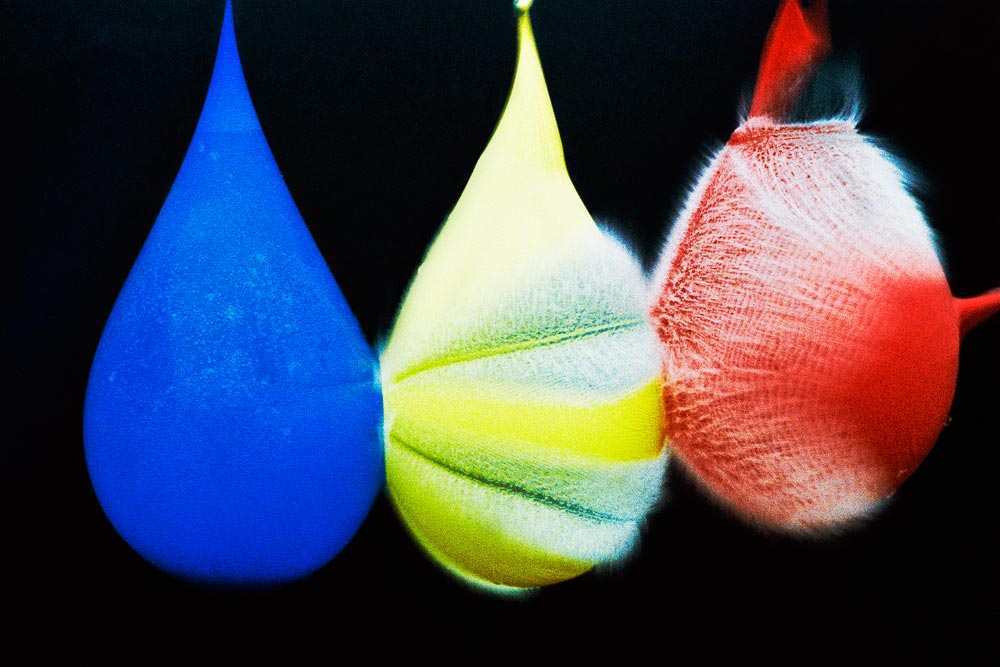 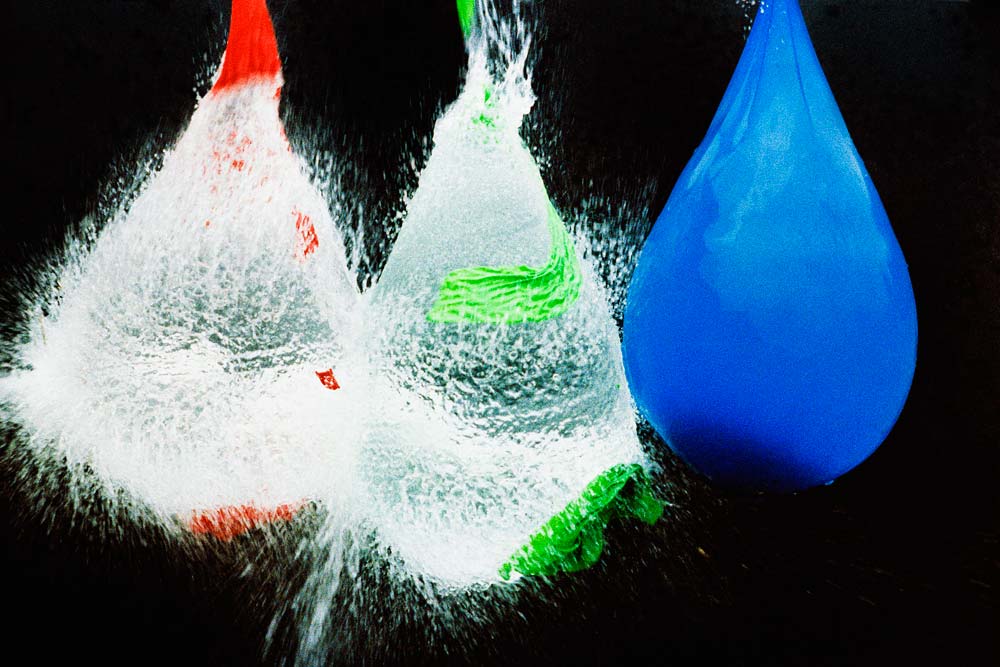 Those of you who read our previous post will know that Richard was named Creative and Commercial Photographer of the Year 2016 at the Master Photographers Association awards ceremony.  In light of this, on the same night Richard was asked to do a live demonstration on stage at the NEC in Birmingham.  It was mid-October, Richard had 5 months to put together something exciting and thought it was about time to bring the exploding balloon photographs up to date.

In order to modernise the shoot, Richard had the idea to not only photograph the water filled balloons exploding using the best equipment available to him, but to go one step further and create Bullet Time images of the exploding balloons. The Bullet Time technique was first popularised by the Matrix film in the iconic scene of Neo as he jumps into the air and appears frozen whilst the camera continues to pan around him. The effect was of an object held, statue-like in space, allowing the viewer the chance to see every facet of the object from all angles.

The Bullet Time element of the shoot was done ahead of the live demonstration, as it simply wouldn’t have been feasible to do live on stage. As you can see from the video below, the Bullet Time shots were captured using an impressive rig, which takes almost half a day to set up. The results are breathtaking.

After months of planning and preparation, on March 18th Richard stood on stage and recreated the exploding balloons photographs at The Photography Show.  You can see the impressive results pictured below.

For a more in-depth article explaining the technical processes and limitations regarding the Exploding Balloons photographs and Bullet Time shots there will soon be a full article on Richards blog. Please pay a visit to http://www.newworlddesigns.co.uk to see more of their amazing bullet time videos. 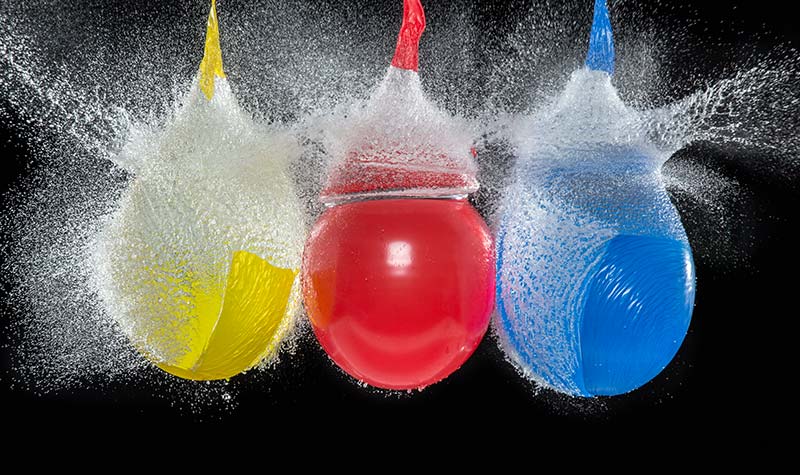 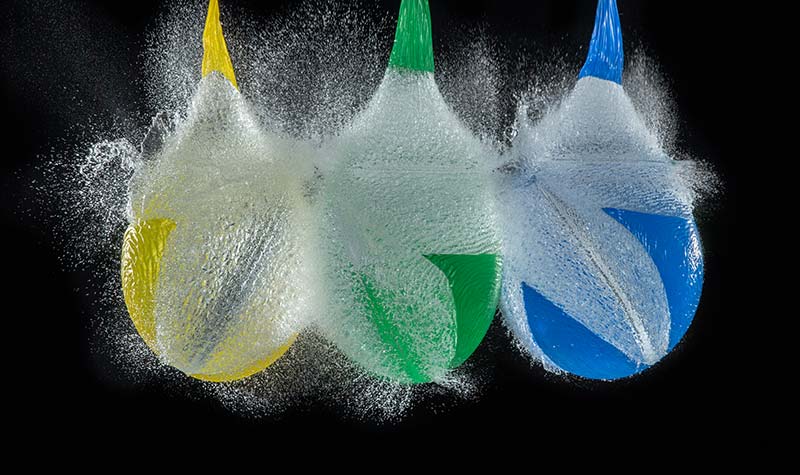 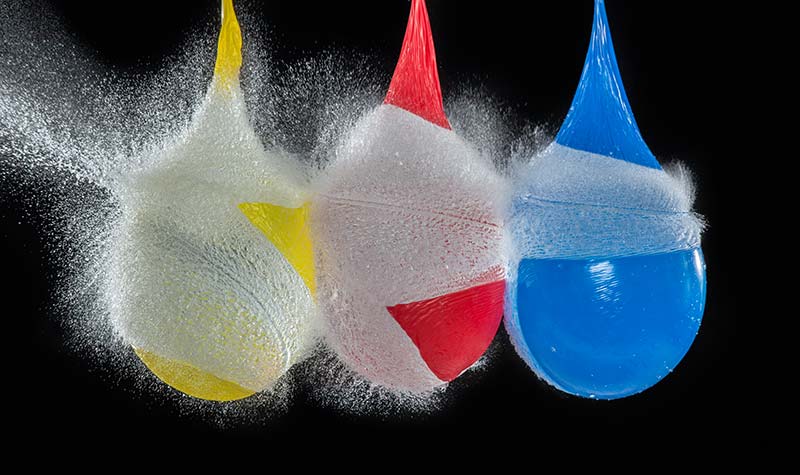 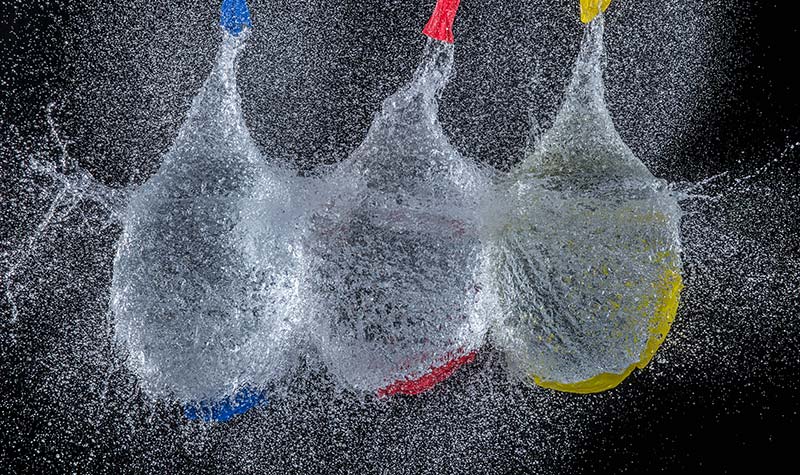 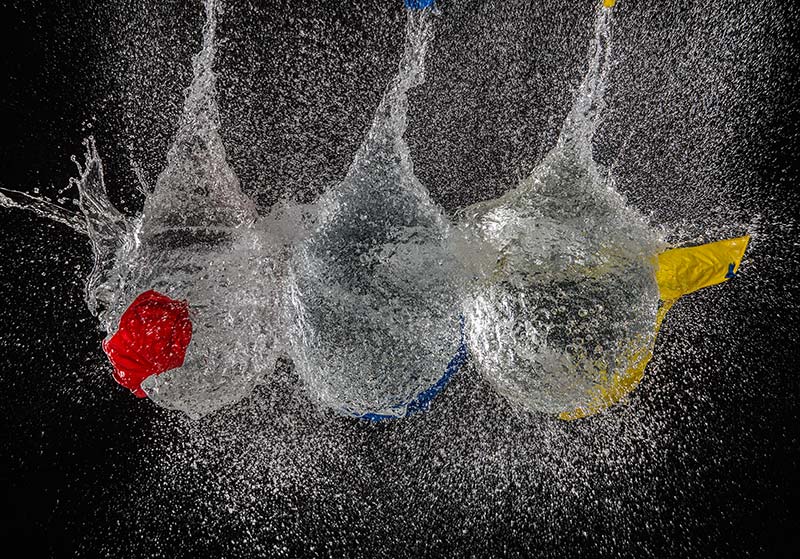 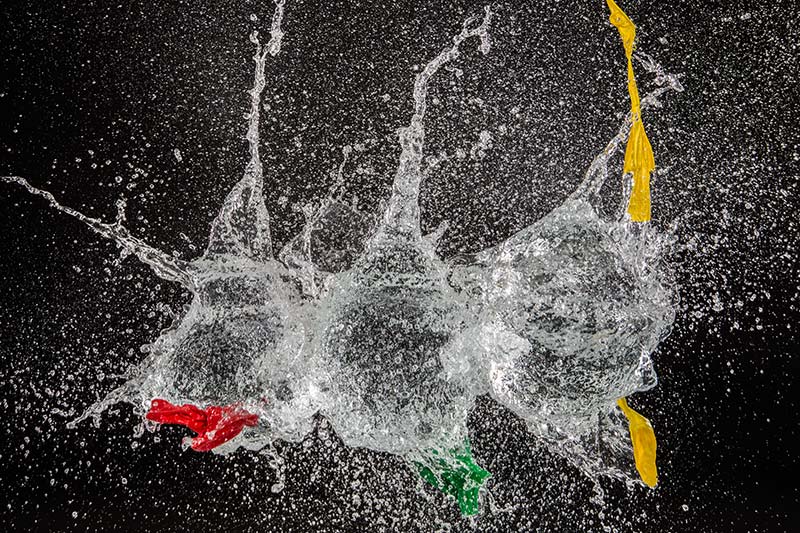 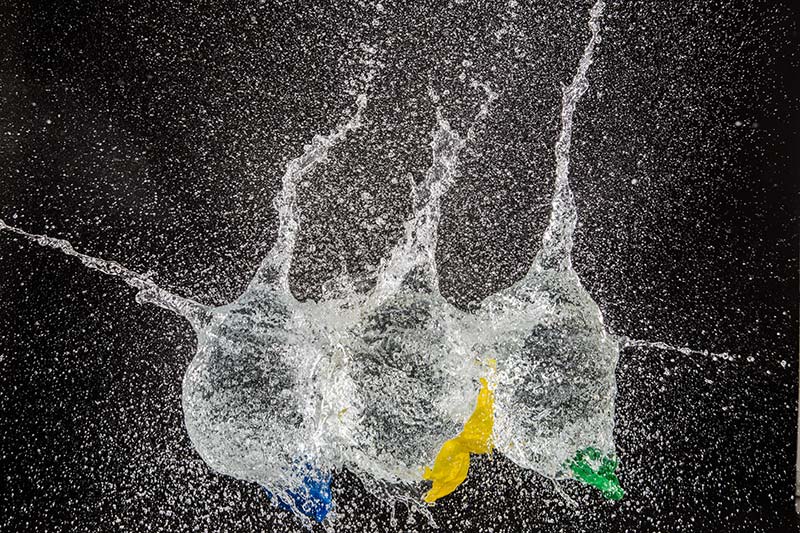 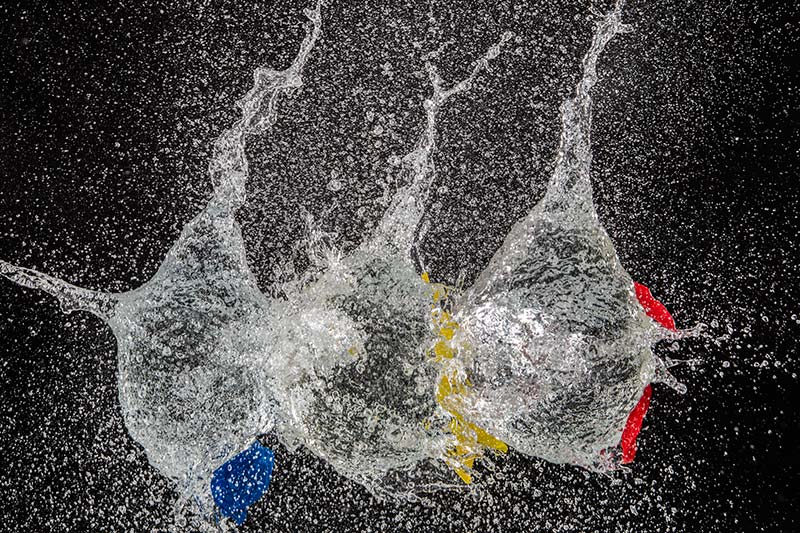 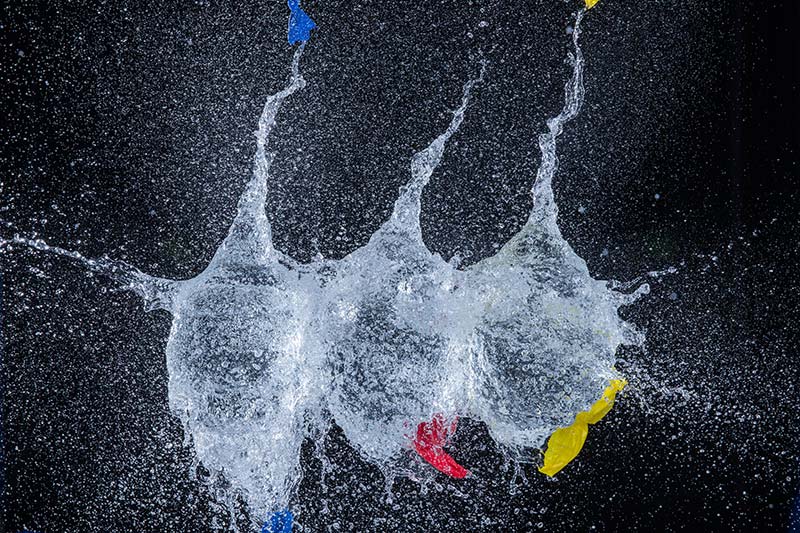